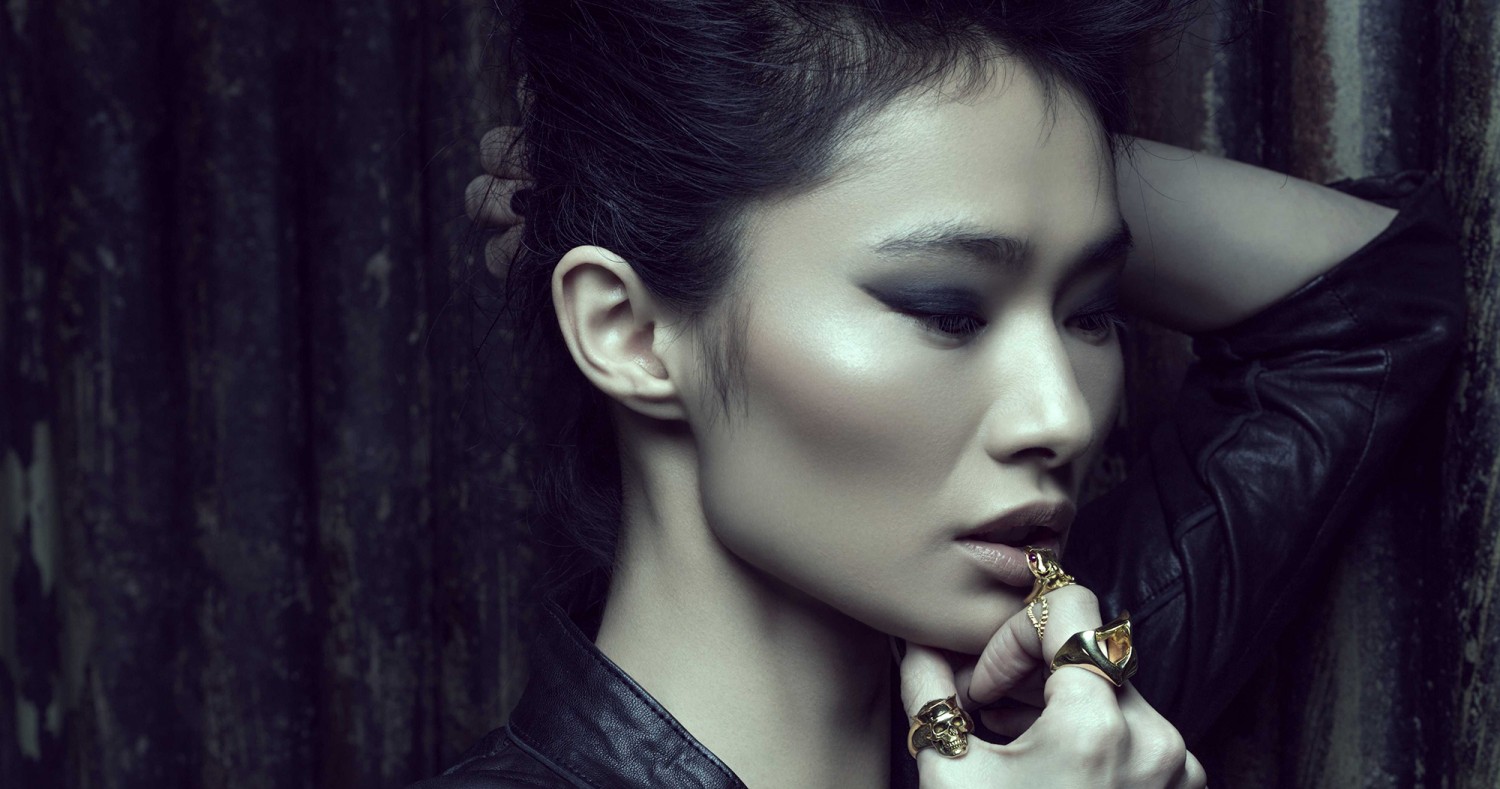 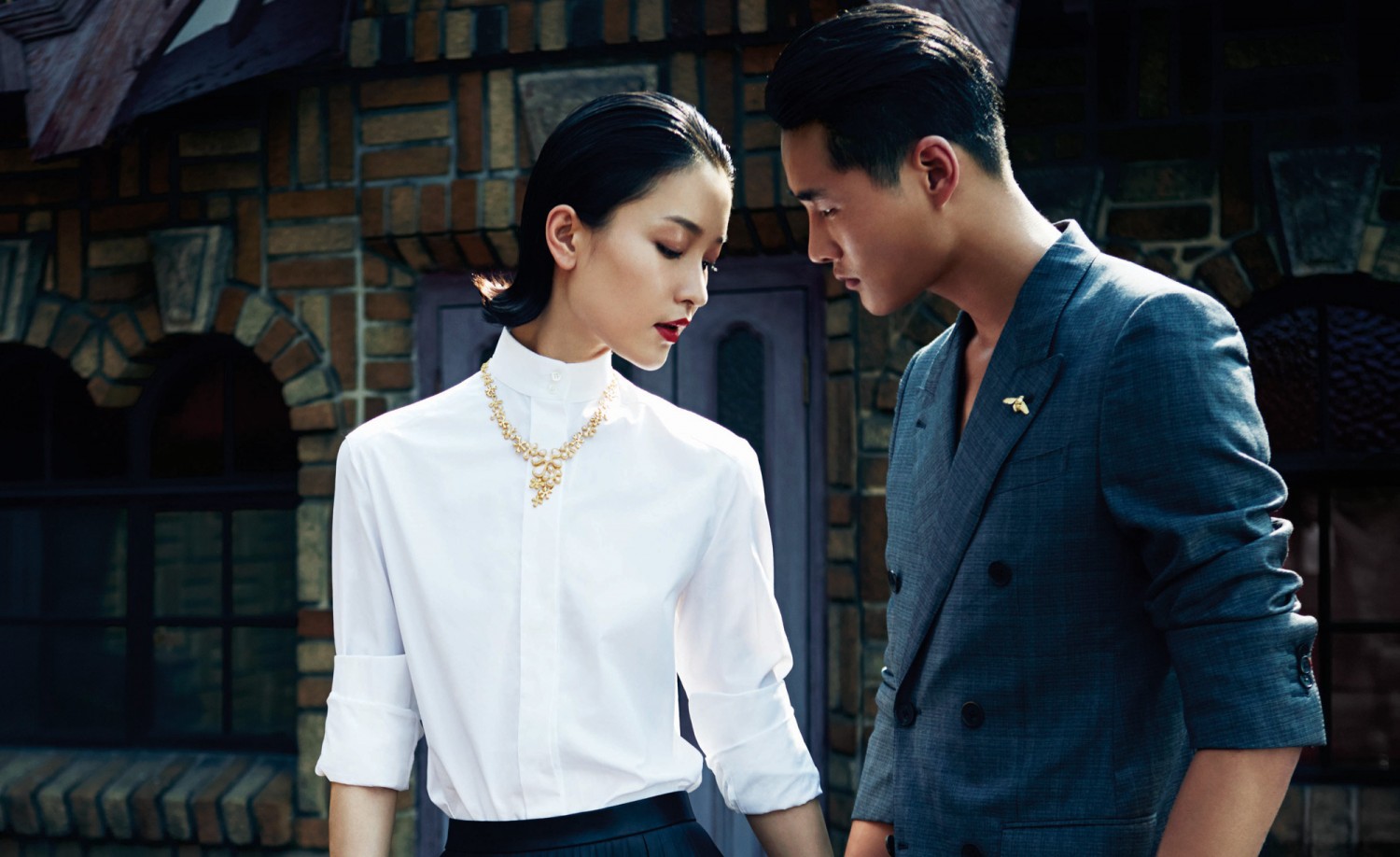 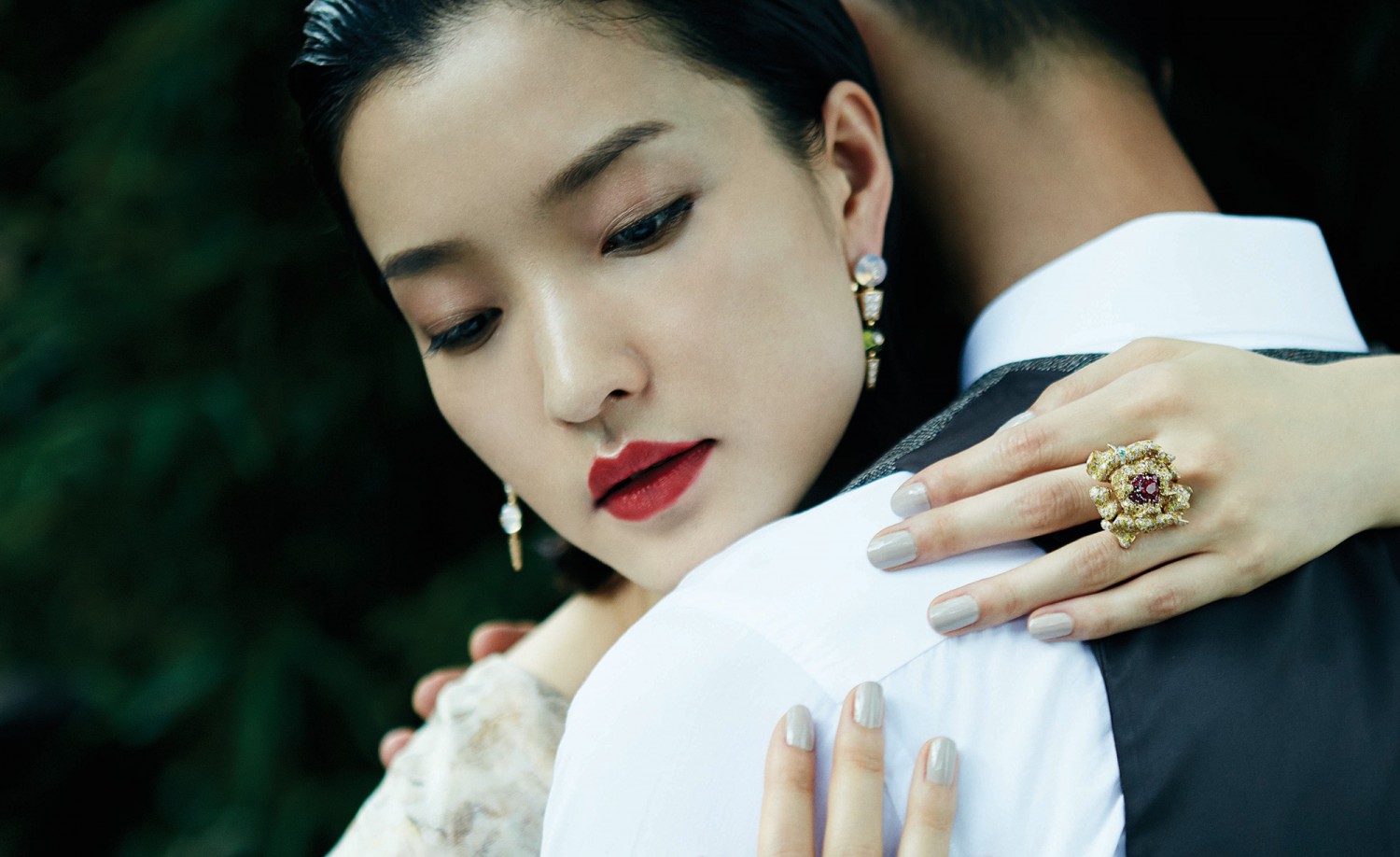 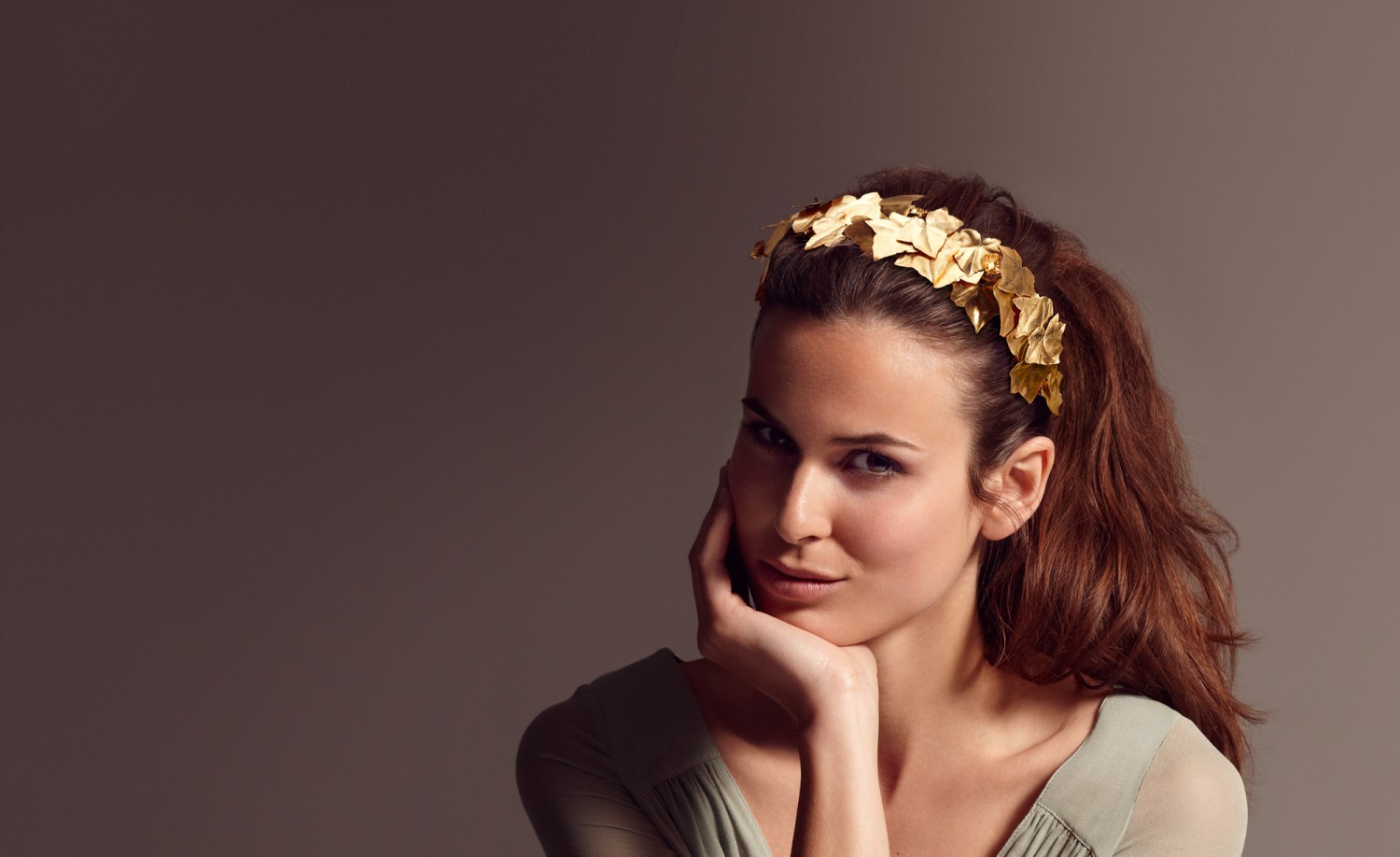 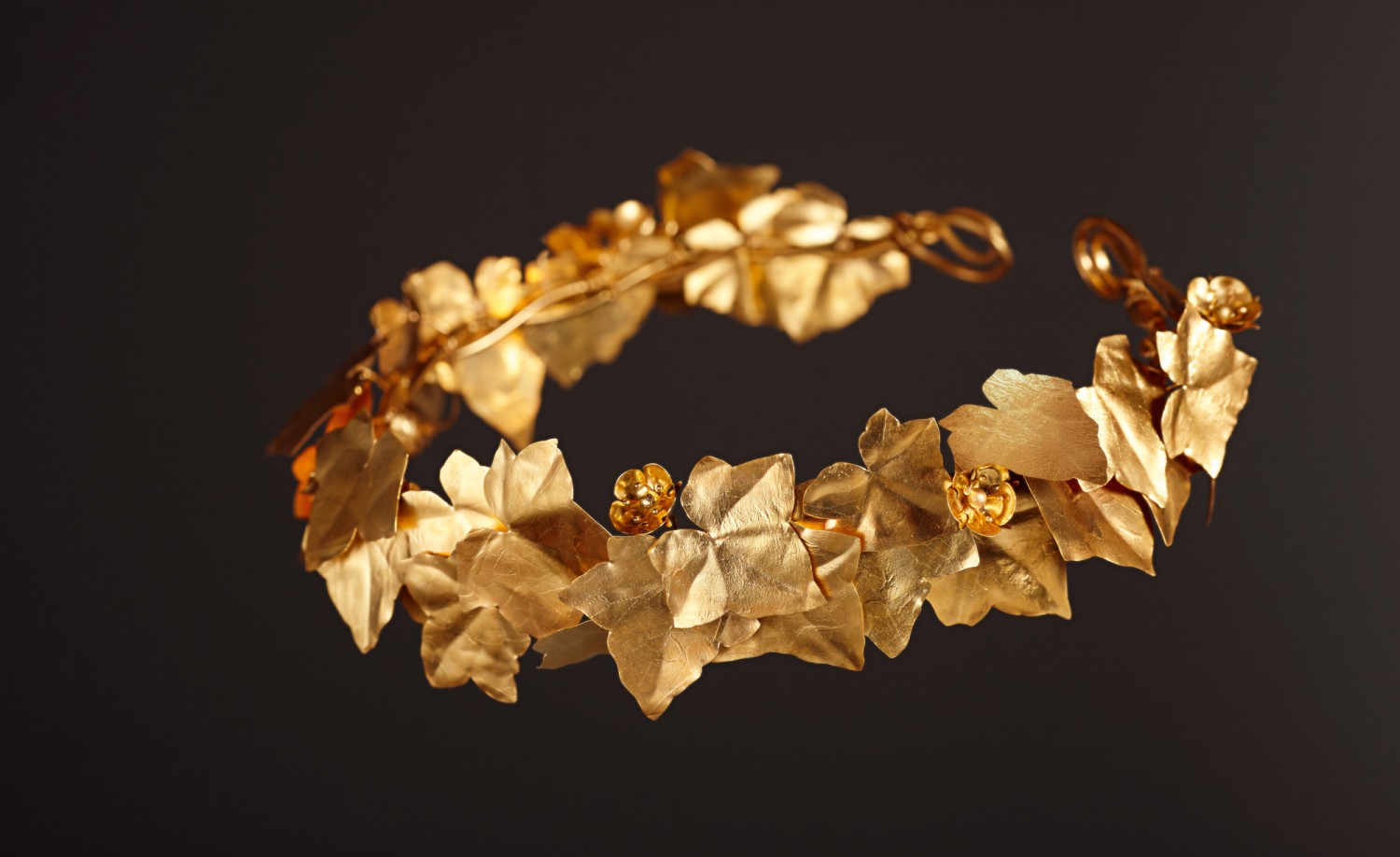 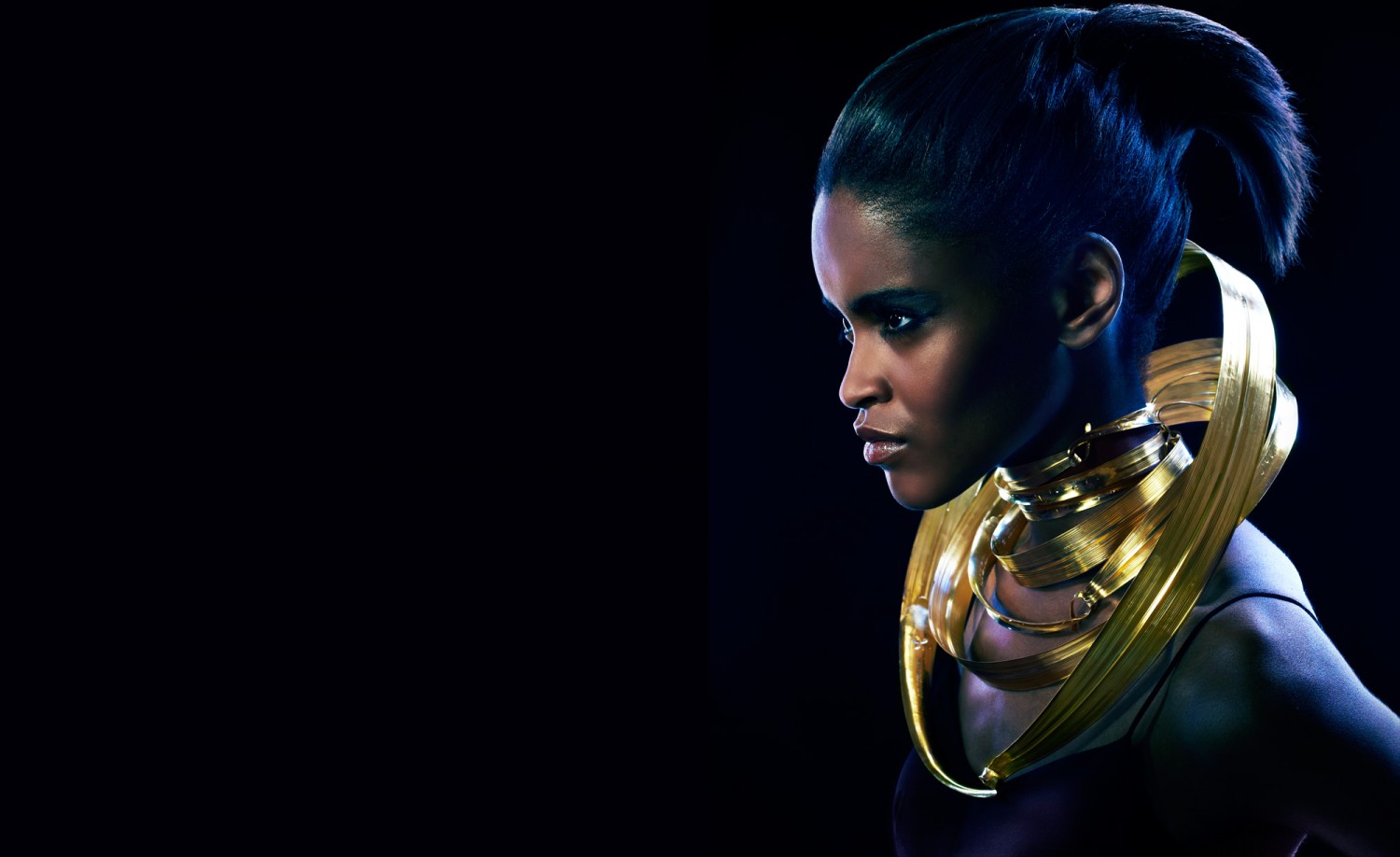 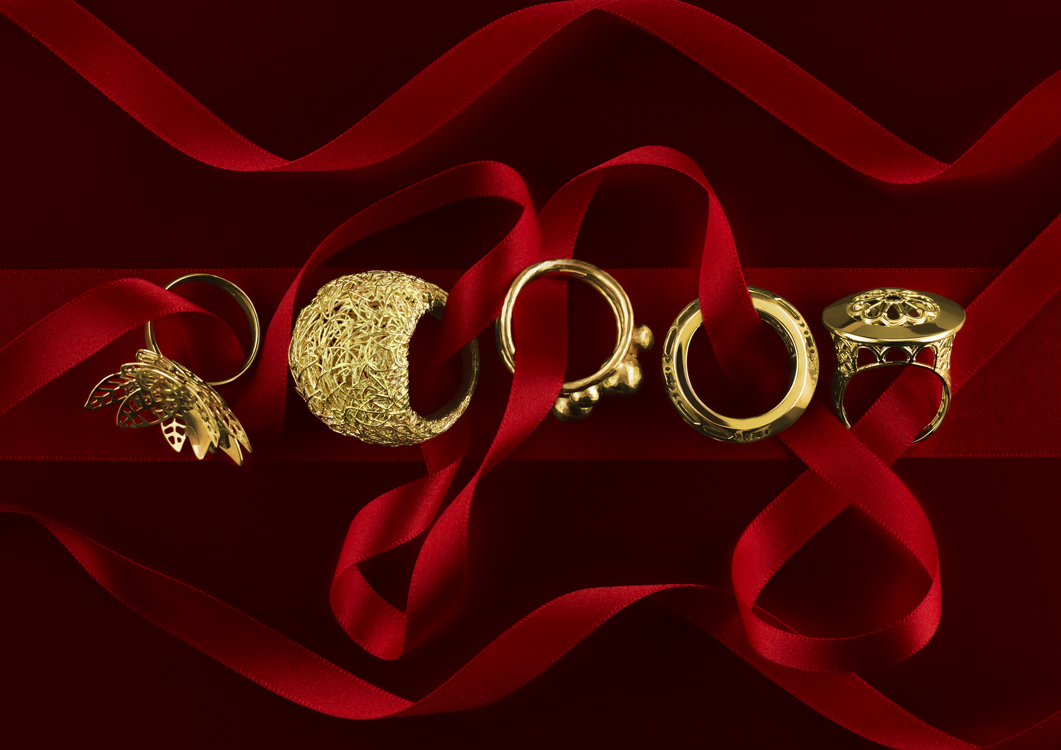 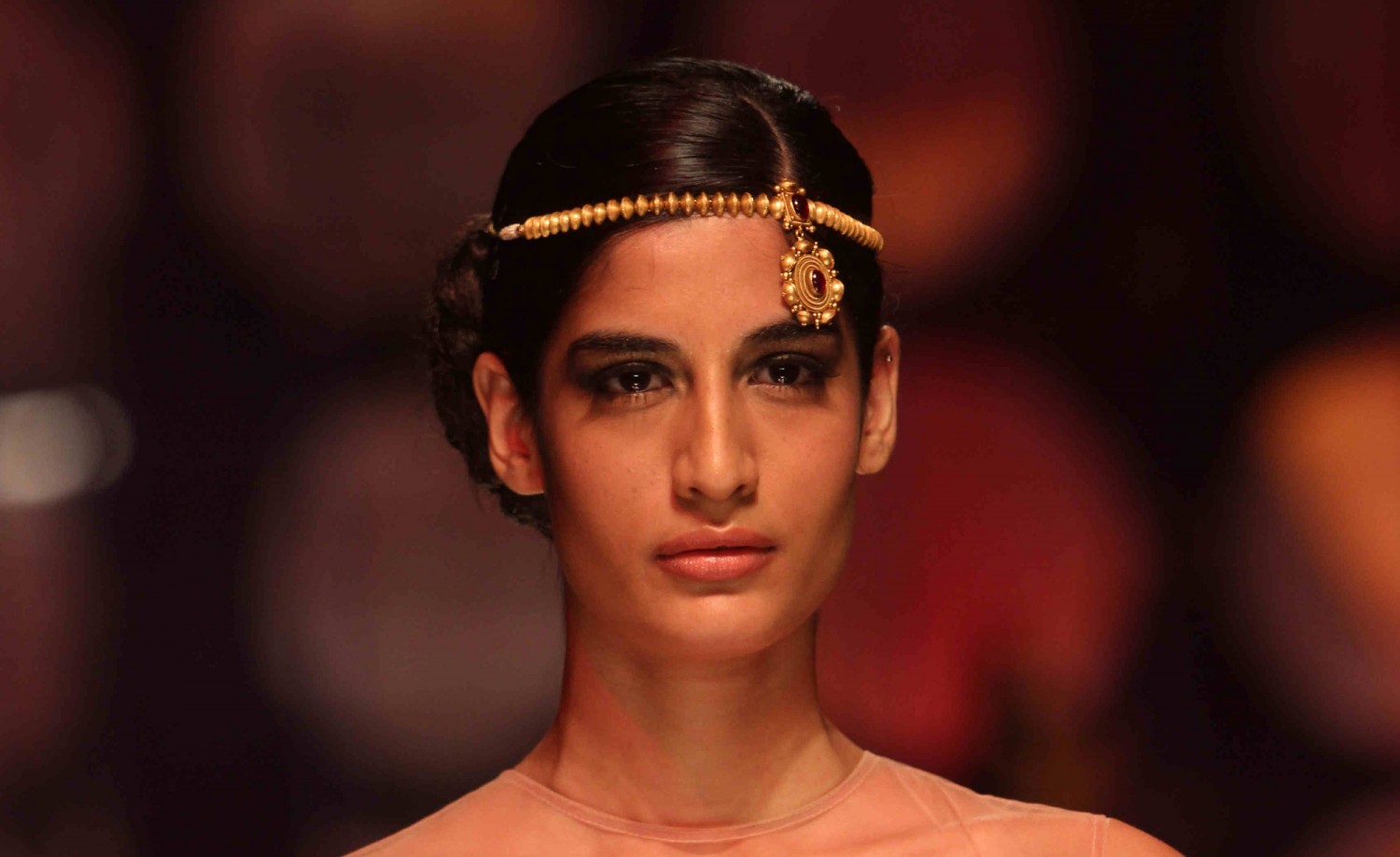 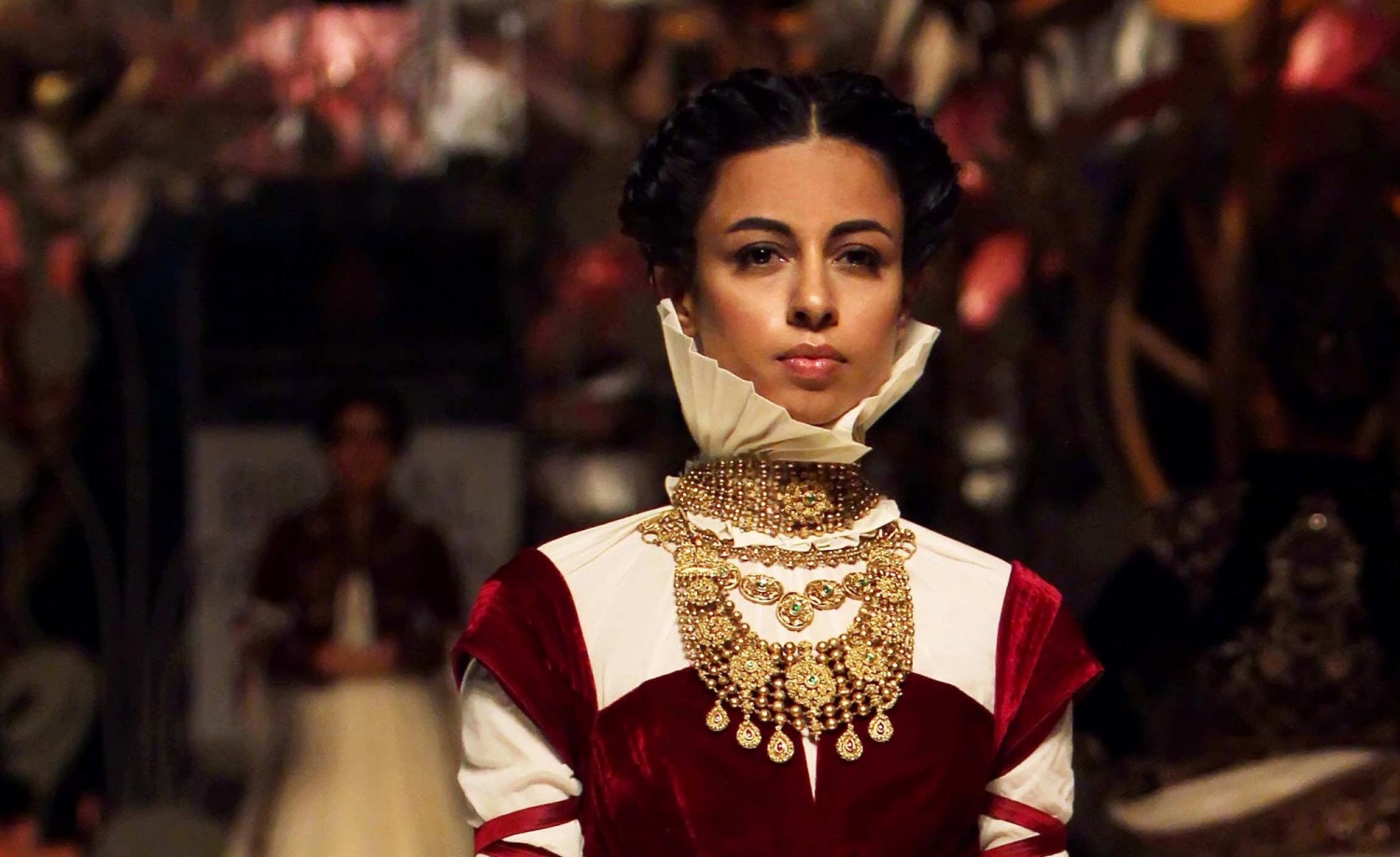 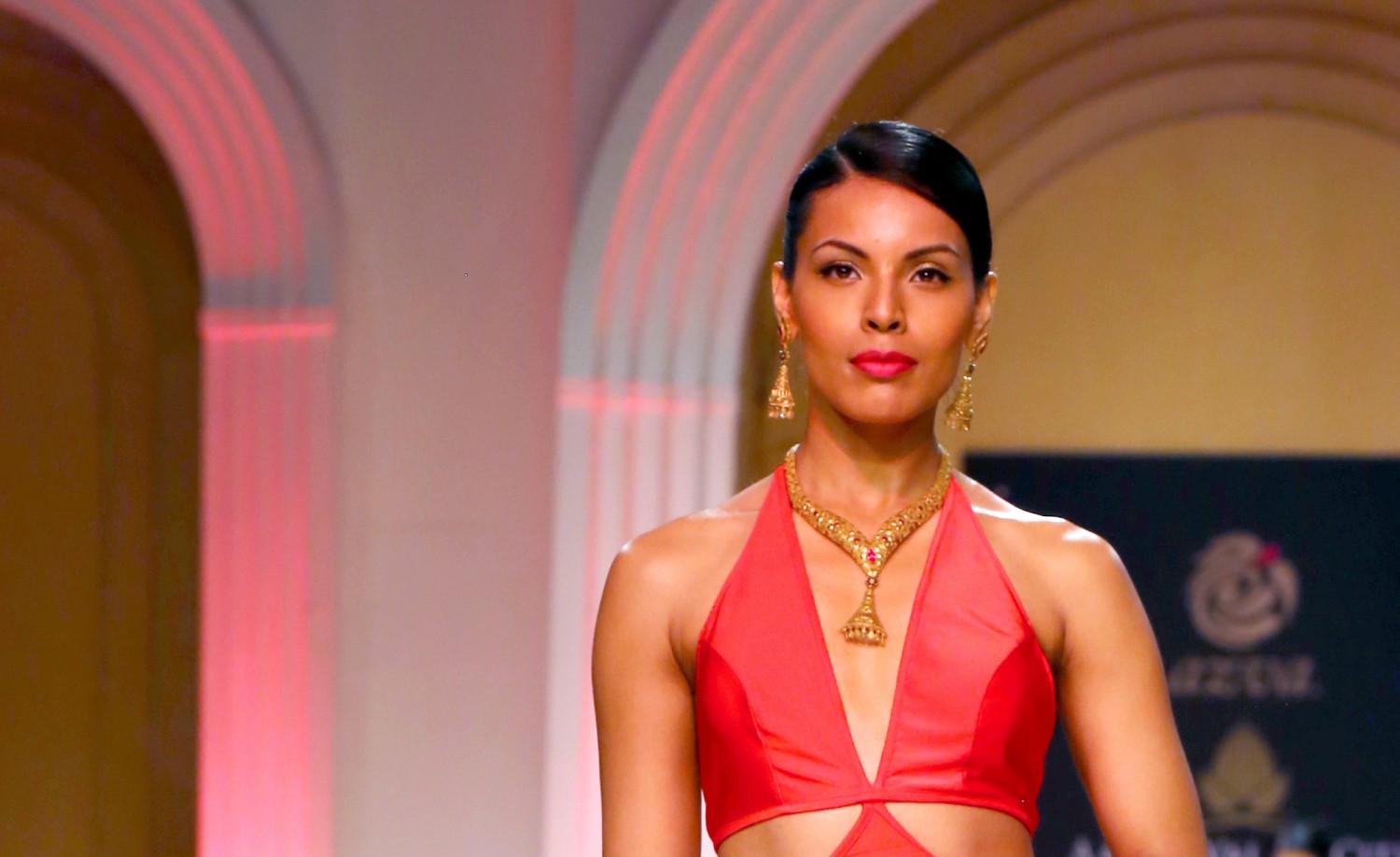 Gold is woven into the cultures, economies and daily lives of the world’s two most powerful emerging nations, India and China. Every Indian bride receives and wear gold jewellery on her wedding day, accumulated and saved for since her birth. Ditto her Chinese counterpart whose jewellery will be made of soft 24 carat gold, bridal bullion.

But the weight of all this tradition is slowly dragging down gold’s image with the next Asian generation. Tomorrow’s brides confidently aspire to different lives and relationships to their mothers’ and so now question their jewels too. New choices are on offer; in particular, diamonds glitter with new possibility and the connotations of a more spontaneous, intimate love.

Joining the World Gold Council in 2010, David found no relevant market research of any kind and so immediately commissioned definitive U & A studies which confirmed softening perceptions. Finite marketing funds had been deployed in traditional generic campaigns designed to consolidate existing beliefs; the organisation certainly seemed complicit in the status quo. But the World Gold Council had a new CEO, vision and mandate; to move away from familiar trade relations towards a model of action and intervention based on ideas. Proper innovations designed to become commercial ventures whose revenues can create sustainability and stand as proof of the quality of the thinking.

In jewellery, this meant inventing brands. In two years, David was responsible for creating two; AZVA and LoveGold.

AZVA
AZVA can now claim to be the fastest-ever growing jewellery brand launched in India. This market is dominated by complicated but indistinguishable jewellery (thousands of designs but no real ideas) made and sold at fractional margins (often retailed for less than 13% above the daily gold price) with disappointing manufacturing standards (made to be worn once). AZVA, and David, had bigger ambitions. To offer more enticing designs, made more beautifully, inviting a woman to wear her jewels not lock them away. To characterise a modern marriage by reinterpreting the traditional seven Hindu vows (the “saat pheras”) as the promises couples want to make to each other today. The brand’s name, AZVA, means “seven” in Sanskrit. Every piece of gold jewellery plays with the sense of seven elements. And so a simple new idea, rooted in timeless tradition, was delivered across a complicated supply chain with the obsessional standards and consistency of a premium brand.

David invented the original product concept in 2011. Since then, this self-expanding idea has enlisted 7 of India’s top manufacturers and 150 of the finest jewellers, who have dedicated brand zones in their stores. Tarun Tahiliani, a leading fashion designer, has collaborated on a collection. Individual pieces have been seen at the Cannes Film Festival, the Oscars ceremony and on red carpets in every indian state.

To see AZVA’s latest pieces and achievements, go to www.azvavows.com

LoveGold
In 2010 the World Gold Council’s quantitative research confirmed gold’s fragility in the US market. Despite an escalating gold price and growing interest in bullion for investment, yellow gold jewellery was widely seen as “cheap”. Diamonds dominated consumer aspirations, more so amongst an affluent elite which held the most hostile views towards gold. The “Cash for Gold” rush, inviting America to trade in its “unwanted gold jewellery” threw a toxic shadow across the category. Perceptions were damaged further by the recent explosion in distribution for gold jewellery (supermarket counters, even vending machines selling hoop earrings) and the gradual reduction in weight and caratage, resulting in jewellery which often looked and felt like tin.

Prominent young designers had been diverted into silver by the supply chain’s lack of financing and liquidity; the most influential jewellery retailers insist on consignment. And as a result, silver was appropriating some of gold’s birthright; heavy, creative, crafted, subtle, current, precious. If yellow gold ever glittered in editorial, it was usually through the bravura of costume jewellery – gilded brass, or vermeil, given a veneer of gold plate and French sophistication. The colour gold was detaching from the reality of the metal.

Image is not created nor changed overnight; a brand’s or category’s shadow can’t be instantly erased. But you have to make a start. In choosing how and where to begin, David’s prime concern was the almost complete invisibility of gold in the creative digital space. Previously, the World Gold Council’s marketing expenditure funded generic print campaigns, slowly drifting to the back of the books as real budgets declined. Absent from the web and the smartphone, and hence the conversations of women, how could gold re-emerge in their desires?

Into that void, LoveGold was launched at breakneck speed out of a terrific collaboration with the agency AKQA. LoveGold has a simple purpose; to fly around the world, discovering the best that jewellery in gold can be, celebrating the people who make it and the people who wear it. Like a magpie. Or rather, like two magpies (the brand’s icon), because two magpies signify joy. Within months, LoveGold took on a physical reality, becoming as an example, the prime sponsor (alongside Mercedes Benz) of Carine Roitfeld’s “Gold” show at Cannes, co-creating content for a global audience, with the USA at its bullseye.

Since launch, LoveGold has built a powerful international community, including most of the accessories editors of the leading fashion press as well as the most powerful bloggers and energetic designers. The brand invents and shares with its followers, stories about gold which challenge prejudice or preconception; no jewel on LoveGold goes unwanted.

The World Gold Council is now exploring the commercial potential of its shiny new brand.

Take a closer look at www.lovegold.com 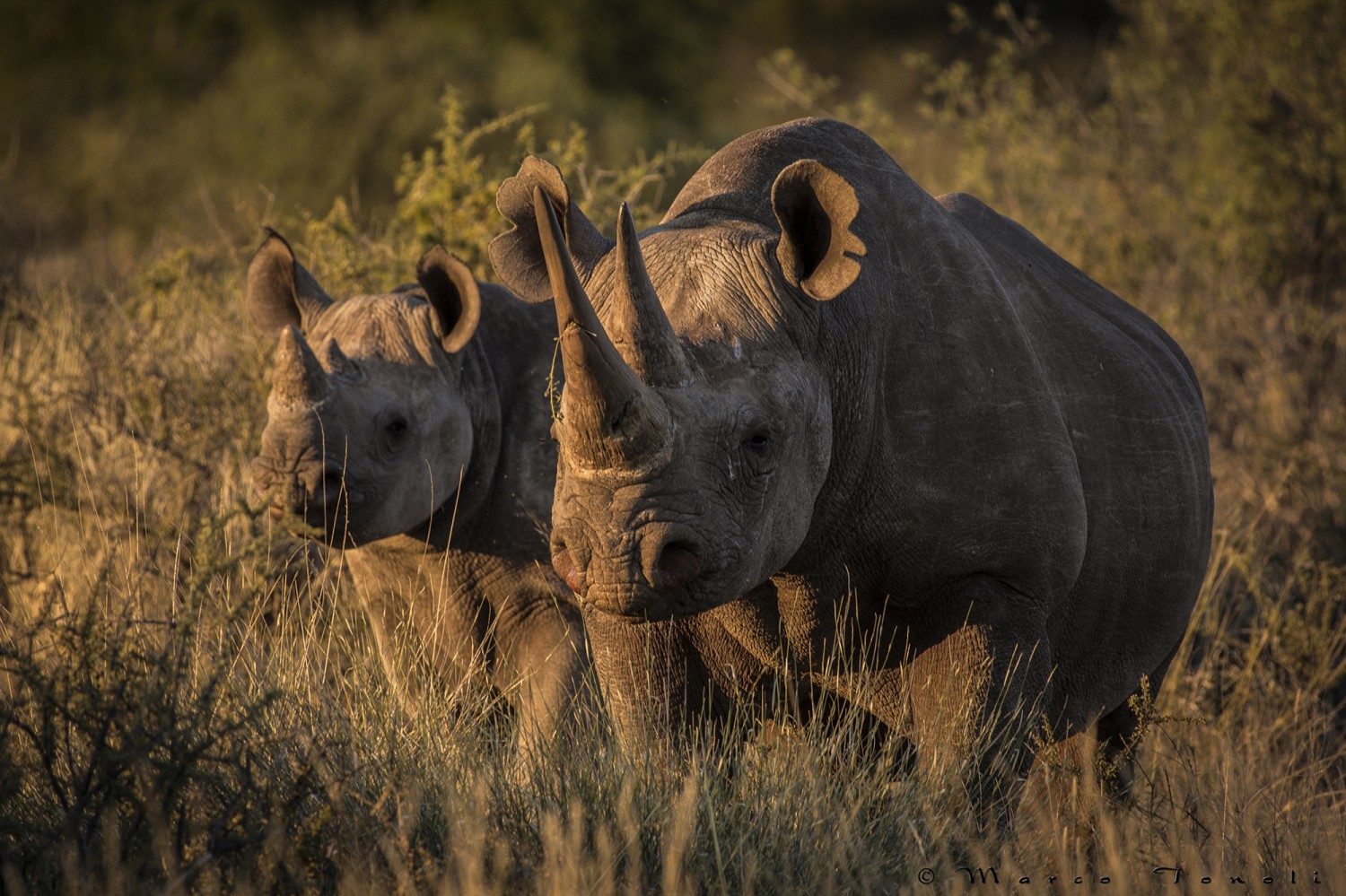